The Council for Estate Agencies (CEA) informed property agents that in line with the tightened restrictions, the number of visitors per group for those visiting project sales galleries or properties, will once again be reduced from five to two. Door-to-door marketing and flyer distribution to businesses and households will have to cease from July 22 until further notice.

Some developers have been swift to act. The sales booking date for The Watergardens at Canberra, which was scheduled for July 31, has been deferred until further notice (Photo: Samuel Isaac Chua/EdgeProp Singapore)

Joint venture partners, UOL Group, Singapore Land and Kheng Leong Co., announced their decision to close The Watergardens at Canberra’s sales gallery from July 21. The move is to ensure “the safety of our buyers and partners”, according to a media statement on July 20.

The Watergardens at Canberra, a 448-unit private condominium development at Canberra Drive previewed on July 17. The reopening of the project sales gallery, and sales booking date scheduled on July 31, “will be deferred, pending further announcements from the government,” the statement added.

“Visitorship to The Watergardens at Canberra showflat has been healthy since our launch preview over the weekend,” said Jesline Goh, chief investment & asset officer at UOL. “However, we believe that closing the showflat given the latest government announcement is the right thing to do as safety is our utmost priority.”

The Watergardens was poised to be the first new project launch since the Canberra MRT station opened in November 2019, Goh had said at the project’s media briefing a week ago.

Overall prices will start from $1,382 psf. “We believe The Watergardens at Canberra will be the most affordable new launch in 2021 at the doorstep of an MRT station,” said UOL’s Goh.

Ismail Gafoor, CEO of PropNex concurs. “It is hard to find new OCR [Outside Central Region] projects with prices starting from under $1,400 psf,” says Gafoor. “As the number of affordable homes available in the Outside Central Region is limited, The Watergardens should see good take-up.” Beyond this short-term uncertainty and tightened measures, Gafoor remains confident that Watergardens will see “reasonably good take-up at launch”. 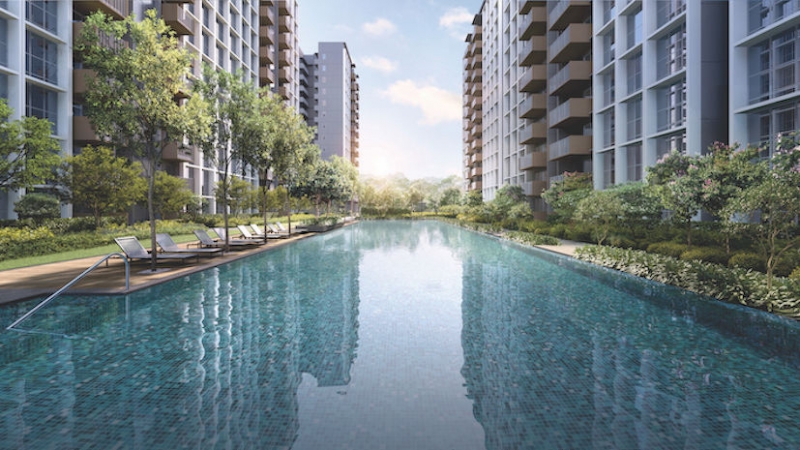 Frasers Property and CSC Land, the joint developers of the 496-unit Parc Greenwich executive condominium (EC) at Fernvale Lane in Seletar, is also said to be postponing its e-application date, which was scheduled for July 22.

According to a notice sent out to property agents, the developer said: “In accordance to the revised safe management measures announced today, our commencement of e-app for Parc Greenwich will be postponed till after August 18, 2021”.

Demand for Parc Greenwich is expected to be strong as the last EC project to be launched was in 2013, points out Lee Sze Teck, head of research at Huttons Asia. It was Lush Acres, which saw 76% of its total of 380 units snapped up on the first day of launch in August 2013.

Parc Greenwich will be the third EC project to be launched this year, and the only one in 2H2021. The first two EC projects were launched in 1H2021. Right off the bat was the 700-unit Parc Central Residences at Tampines Street 86, off Tampines Avenue 10. Launched in January, the project is over 86% sold at an average price of $1,171 psf. The second EC launch was Provence Residence in May. The 413-unit EC at Canberra Crescent is about 62% sold to date, with average price at $1,155 psf, based on caveats lodged as at July 20, 2021. 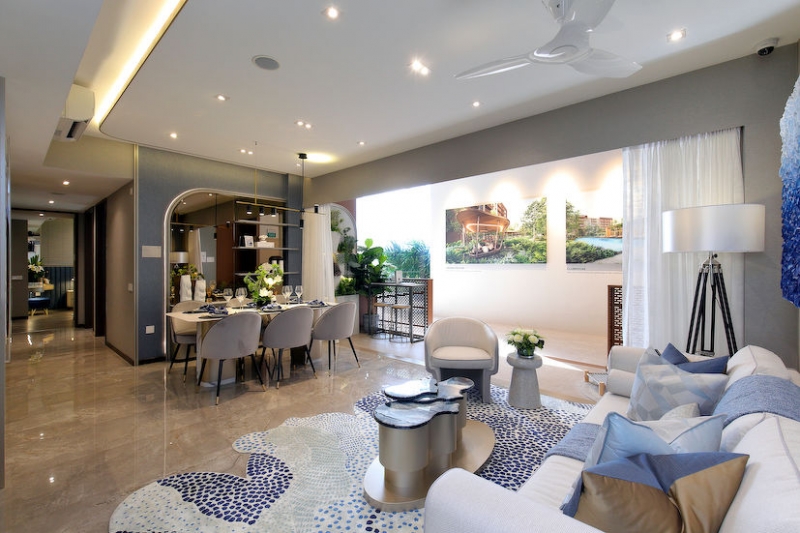 A three-bedroom premium showflat at Pasir Ris 8, where the developer, Allgreen Properties and Kerry Properties, have decided to go ahead with the launch this weekend, after it previewed a fortnight ago (Photo: Samuel Isaac Chua/EdgeProp Singapore)

“We will honour our obligations to our buyers, and we will make sure that we conduct our launch in the safest manner for our buyers, agents and staff as their safety is our utmost priority,” according to an Allgreen spokesperson.

Despite concerns about the pandemic, Pasir Ris 8 is still expected to see relatively strong sales, says Gafoor. “Last month saw 872 new homes sold, despite not having any new project launches,” he observes. “Even if Pasir Ris 8 is the only new launch for the month of July, I expect the number of new homes sold to be comparable or even higher than it was in June.”